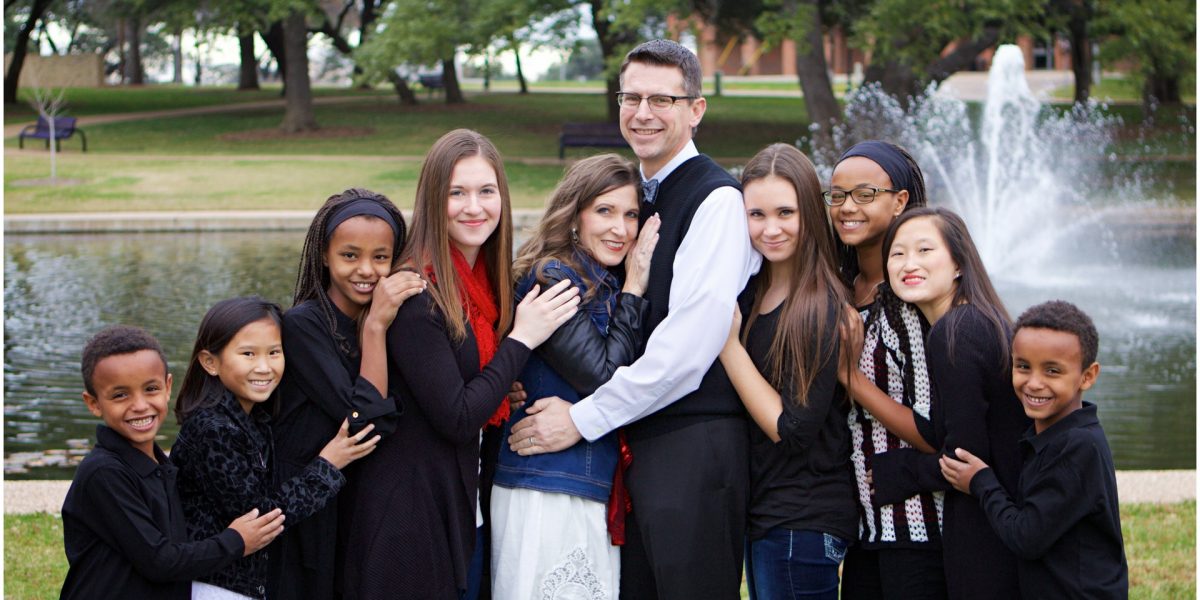 A picture THAT full and diverse takes a story to unpack.

It all began by the pond during Freshman Orientation with one question: “Why did you choose Hardin Simmons University?” I had been weaving this question into most of my conversations. The first fifty responses were disappointing. There was one right answer and I had yet to hear it until I met Chad Strange. His response was unique.

“You know, I had a scholarship to (somewhere else), but as I prayed about it, I really felt the Lord leading me here.”

A few weeks later, Chad Strange found himself in desperate need of a date for some Cowboy Band event. Problem was, he didn’t know any girls. He was a bonafide Bookworm. All he ever did was study and hang out with the band. His roommate found me and asked if I would mind showing Chad some mercy. I remembered his answer to my question that night by the pond, found some compassion, and agreed to go with him on the Mercy Date. That’s when muscle shirts were king and big bangs ruled. He and I have been best friends ever since. That man makes me laugh.

The journey God has led us on together, we never anticipated. Together we hold degrees, navigate careers, and parent a hoard of children we never were clued in enough to desire or dream possible. I was going to teach history. He was going to be a pastor. No, a philosopher. No, maybe a professor, Wait. A Forest Ranger. My favorite possibility was his farmer idea –this from a man whose hands are softer than mine. (I laughed out loud.) And all this was AFTER we were married. Somehow we found our way through the fog and allowed God to shape us enough to bring clarity and dreams we never could imagine ourselves.

Eight months pregnant with Taylor, God thought was the perfect timing for me to begin a Ph.D. A couple of years later He threw in a second baby, Addison, just to mix it up a little. I completed that academic stent in time to finish a truckload of paperwork for adopting a baby girl from China.

Chloe was actually a dream come true (minus the first two years of screaming). I learned of China’s One-Child policy when I was nineteen and informed the Bookworm I wanted to do something about it when I got married. Fifteen years later, we did. But while holding an inconsolable baby on a tour bus in China, we could not take our eyes off another child joining her forever family. Her name was Ally and she was six years old. Somehow we knew we would be back.

That six-year-old changed our lives forever. In 2008 we returned to China for Jolee, who was nine at the time. Then in 2012, we went completely nuts, adopting a sibling set of four from Ethiopia: Sophia (9), Zoe (7), Zack, and Tate (5). Let me help you with the math. That’s six children in six years, five of whom did not speak English. Not only was there a language barrier, but there were also lessons to be learned in all things hygiene, utensil usage, how to put on underwear UNDER the clothing, and the all-important rules about where NOT to go to the bathroom IN YOUR ROOM. Since our unforgettable encounter with that six-year-old world changer, life has never been dull or boring.

And I wouldn’t have missed it for the world.

The points between the solitude before the Ph.D. and the chaos that this kind of life brings were the birthings of training exercises. It served up daily opportunities to take His courage to do things this timid wallflower didn’t think she could, stretching further than a small-minded girl like myself is comfortable thinking or moving. To make things interesting, came the calling to bring others along. It took about a decade to recognize and respond to it. To realize God uses chaos and the things we could never imagine in our lives to show Himself to yet another generation in all the colors known to man is not always as obvious as it should be.

What I understand my calling to be, in its essence can be summed up in these words from Charles H. Spurgeon:

“EMPTY YOURSELVES!
Do as you have opportunity, tell it out; empty it upon the earth.
If you have proved Him, confess to a generation about you that He is a faithful God.”
That is how this ministry was born.
That is what we do here. Nothing more. Nothing less.
It is my privilege and joy to do exactly this: empty myself— to tell it out and confess to anyone who will read or listen.
All and only for His glory and honor,

Click here to see the heart of Cheri’s ministry: 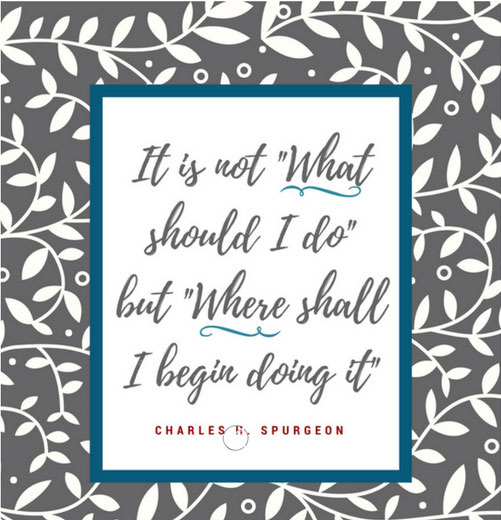 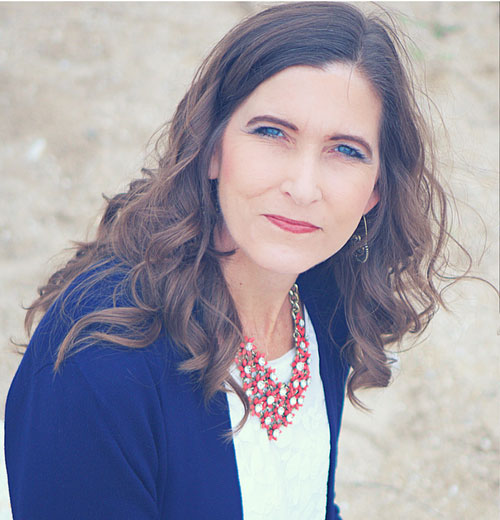 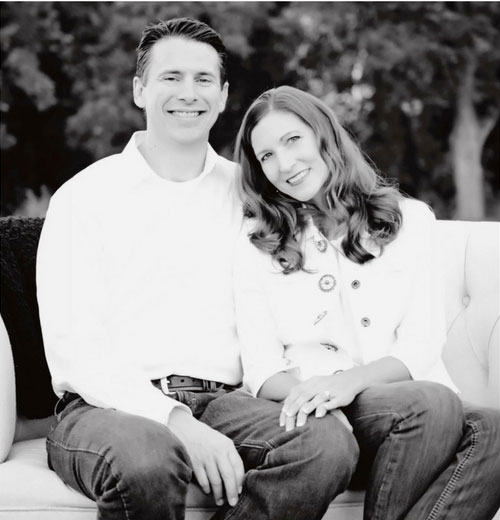 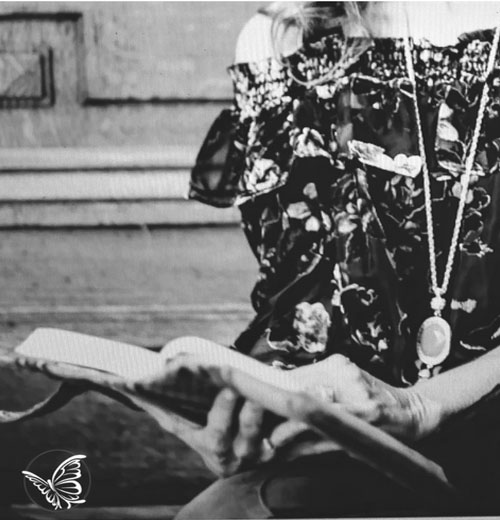 #1 The Girl’s Got Something to Say.

“God has called Cheri Strange to speak. She brings a depth and expertise that we need.”
Betty Southard - nationally sought after speaker CLASSEMINARS

“Cheri’s style and personality are so inviting that she is able to touch everyone in the room,”
Sharon Glasgow Proverbs 31 Ministries

“The ladies loved her! Cheri’s delivery was humorous and Biblically based. Our event was a huge success.”
Event planner

#4 She possesses the balance you need in a presenter.

“Cheri did an excellent job involving our women while challenging us to pursue Christ whole-heartedly,”
Event Planner

#5 She gets your prepared for the next step God has for you as you go.

“What I like most about Cheri is that she challenges and encourages me. She sends me back to God’s Word to seek His Truth for my life.”
Retreat participant Nebraska
“As a speaker, I found Cheri funny and strikingly powerful – an awesome combination!”
Retreat participant Oklahoma City, Oklahoma
Invite Cheri today
“I thought Cheri was great! She has an enthusiasm of the topic, really shows her knowledge, and makes it interesting and exciting to listen to.”
Retreat participant Northern Michigan
Request Cheri to Speak
Contact

How to Stir Up Your Faith

For the one who keeps fighting against discouragement, disappointments, and all sorts of derailments of faith--let this event be an encouragement. Hear what the Bible offers through words of hope and testimonies from those who have gone before to help stir up your faith. You will leave refreshed and encouraged, ready to believe again.

Do you ever feel overlooked, ignored, or replaceable? If you didn't show up to an event would anyone notice? Regardless of age, status, or background, we often share this sense of hidden insignificance. Thankfully God's Word offers good news. You are not the sum of how you are treated or even your own perceptions. Come experience the encouragement Cheri offers and learn how to take actions moving you from inconspicuous and unseen to become clearly visible. You are known. You are heard. You are seen.

Want your time on this planet to impact more than just your dog and your mom? What kind of life leaves a meaningful mark? What character does it require? What are we shooting for? Cheri addresses these questions with biblical insights, powerful examples, and strategies for walking it out in daily life.

Refreshment for a Woman’s Soul

Do you find yourself weary, worn out and stressed? Jesus understands our need and invites us to come to Him. Cheri unpacks what it looks like Biblically and practically to rest, be restored and renewed to experience everything He has planned for us.

Ever feel like you just can’t be who God wants you to be? The Bible is clear: if you are still breathing, God has a plan for your life “to bear much fruit” (John 15:8). Abundant living is not for the few. Never is the Savior in the business of holding out on His disciples. That means living an abundant fruit-bearing life is within reach. Too often, we simply settle for being a scraggly bush when we could have been prolific. In this session, Cheri helps participants discover how they can cooperate with God’s plan to increase their ability to become productive bloomers of everlasting fruit.

Brave is not a word that typically characterizes most of us. But often the life God calls us to requires more strength and more courageous than we think have. When we would be satisfied with comfortable -- He places us in situations that are beyond us and requires a steal magnolia-type bravery. What does true biblical bravery look like in the life of a woman, and how do we acquire it? Cheri takes a look at five women in the Bible who exemplify courageous choices and living that provide examples and evidence for how we should shape our lives to be prepared for when God calls us to be brave.

The Fight for Radiance

Join the fight for radiance. In Scripture, we learn that we are to be joyful always (1 Thess. 5:16). Why then does Paul ask, “What has happened to all of your joy?” Because joy must be fought for. In this session Cheri explores five ways to fight for joy, equipping participants to win the battle for radiance in Christ.

What if God’s call to love Him with all our heart, soul, mind, and strength is not simply a demand from a dogmatic deity–but an appropriate response to a God who loves the unloveable, the mistake-laden, the half-hearted? Cheri leads participants to learn to discern differences between loving God with some affections and loving Him whole-heartedly.

How to Turn Around Doubt

Too often you and I find ourselves worrying. Over-analyzing. Agonizing over mental dramas we have played out in our minds. Before long, we can end up doubting the fundamentals of our lives. If we are not careful, we stop believing God will be faithful to us. We lose sight that He cares or will act. How do we get back? How do we turn that doubt around and get back to a place of peace? Of security? Of absolute trust in a faithful God? This session meets us where we might find ourselves time and time again. But there is hope! Cheri takes the Word of God that enables us to turn around doubt and unbelief to encourage and equip you toward a brighter today. With real-world examples and the ability to come in close, this session will offer hope and direction for all ages.

Check out the Podcast for fresh ideas
Contact Cheri to help you settle on the perfect plan for your group.
Contact Cheri
© 2017 Cheri Strange
Built by CaptureIt Web Design