Posted by Cheri Strange on October 7, 2019
Leave a Comment 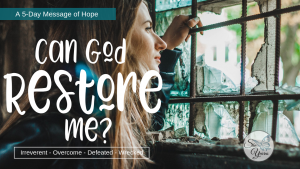 So far, you and I have learned how tenderly God cares for His people. Maybe you are hurting due to your own missteps, or maybe it’s just the natural consquences of living in a fallen world. We can know, so far, He is faithful. And He is continuing to show us how far-reaching He goes to demonstrate his love and care. Today’s study is not different. It’s exactly what I need. God restores the fearful.

Let’s get on with the day.

Immediately he made the disciples get into the boat and go before him to the other side, while he dismissed the crowds. And after he had dismissed the crowds, he went up on the mountain by himself to pray. When evening came, he was there alone, but the boat by this time was a long way from the land, beaten by the waves, for the wind was against them. And in the fourth watch of the night he came to them, walking on the sea. But when the disciples saw him walking on the sea, they were terrified, and said, “It is a ghost!” and they cried out in fear. But immediately Jesus spoke to them, saying, “Take heart; it is I. Do not be afraid.” Matthew 14:22-27

Last year a man hid in our bushes awaiting someone unaware to abduct. Fortunately, we were aware. We learned he had been hiding in a nearby field for weeks. The perpetrator had made two unsuccessful attempts at snagging women the previous weeks, and had a previous criminal record, so a personal description was established. But our guard dog had died and my spouse moved to another city for the year. When a real Boogie Man is at the end of your driveway a different level of alarm presents itself than when it’s a hypothetical beckoning to lock your doors!

Scripture speaks to fear and calls us out of it. Simply stated, you and I are commanded not to fear. It’s not a suggestion and my situation is not an exception. Neither is yours. The Bible never tells us, however, that there is nothing legitimate of which to remain afraid.

Hands down, I could be the poster child for fear! My fears have spanned my years and could fill a closet for variety. They have invaded my sleep and left me breathless. Some of my fears are more irrational like avoiding the dentist for my routine teeth cleaning; but I also understand what it’s like to fear for your life and the lives of your children.

The disciples found themselves in a life and death situation, terrified and helpless. Doing exactly what Jesus had asked them to do, these experienced fishermen were losing the battle between man and the sea. It began to look like all hope for survival was gone.

That’s when they saw Him! Instead of providing hope and comfort, the sighting of Jesus walking across the waves escalated into paralyzing shrieks of fright! It had to be a ghost!

Instantly Jesus met them in their urgent need. Jesus saw them. He spoke to them, and literally went out to them. When cries were heard, Scripture tells us it was Jesus who immediately offered them His courage, assuring them of who He was, and that they need not be afraid.

It’s the same for you and me. Jesus sees you in your fear or in what is paralyzing you. In the middle of your hurricane-like situation, let His Word speak volumes over you. He knows it’s scary. But your Savior stands ready to give you His courage to restore you out of fear to trust Him through your storm. 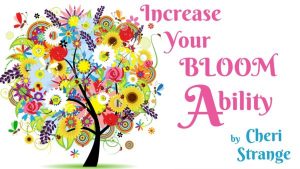 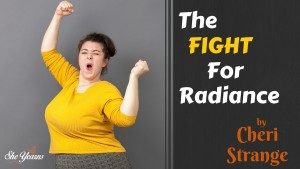